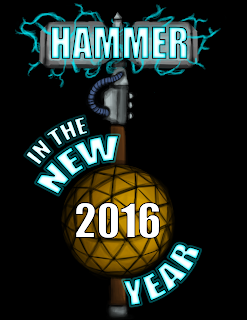 What a weekend it was! We had a full house show up for 5 games of fun! More after the break


So the event was a great success I would say! I felt it was pretty smooth for check in and Torrent of Fire handled pairings and getting people informed of their tables like a champ!

Now enough of that, lets get to the part that you all care about, winners! Well before I go over the top players I would like to thank Bri who made the hammer we gave out to the champion. She was kind enough to give me 16 purity seals to hand out as additional prizes so I decided to hand them out to the best of armies. We only had 13 different armies there, so the left over 3 went to Champion, Renaissance Man and Best Painted. Anyway onto the best of armies:

Before I go onto the main winners, I do have to say something, I have a strict if you're not there for your prize, I go onto the next person on the list. That being said if I know you're going to win something and you tell me you have to leave for whatever reason I'll tell you my policy and that you're in line to win a prize. I say this because it happened with our best painted this weekend. He had an emergency pop up and I told him while I understood why he had to drop he wouldn't be able to get it because he wouldn't be here. He understood and decided to drop anyway. I felt bad because the reason he told me he was dropping for was a legitimate reason, but I have this rule in place for a reason. I only mention this because I want to show off his army.

So in the end the final match was between Matt Schuchman and Werner Born, and as you can tell Matt bested Werner, so we all felt it was appropriate for Matt to "finish" Werner with the Hammer: If you're interested to see how you did with Painting and Renaissance Man you can see your score by clicking this link. If you're curious as to the scores this is how we did it. First you got your paint score scored by 2 judges, the judges combined their scores for your final paint score. So you had a total of 60 points to earn. Then we ranked by that paint score to give you your paint rank. Your rank was between 1-32, higher being better. So Ben Hunt (who originally won Best Painted) had 32 points and Ty Augliere had 31 for their Paint Rank. Then for your Battle Points we took the total amount of Battle Points you won and did the same thing for Battle Points Rank. That means Matt Schuchman got 32, Sean Barkley got 31 and so on. Then we combined those scores and the highest of them was our Renaissance Man, which was Andrew Gonyo!

Also here's a couple of pictures of Ben's Tyranids. Once you see them you'll understand why he won: 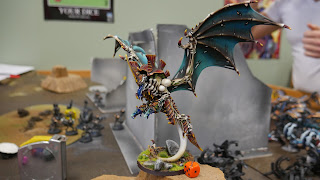 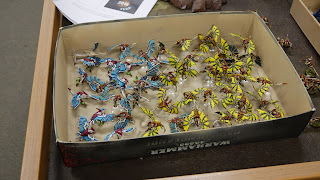 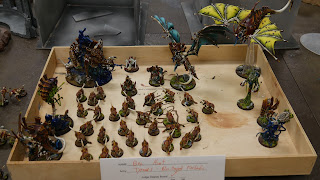 If you'd like to see the leader board you can check it out here: http://app.torrentoffire.com/#/tournament/Huzzah-Hobbies-Hammer-in-the-New-Year/4/leaderboard

I've also taken a bunch of photos of the event, while most of them went up on the Event's Facebook page I have uploaded them to my personal Imgur Album which can be viewed here: http://imgur.com/a/jGgMb

I'd just like to say thank you all for coming out! If it wasn't for you guys I wouldn't be doing this and it feels awesome to see so many people coming out for a weekend of gaming! I hope to do this next year as well so keep an eye out for that.

Also a big congratulations to Matt Schuchman, he had 5 hard games of 40k and managed to pull out the win! Will he be able to claim year 2's Hammer? Who knows? But until then he'll have bragging rights from winning Huzzah Hobbies' First Hammer in the New Year! Now that Hammer is over I can finally start planning the next thing. March's RTT format will officially be announced sometime next week, and I need to start thinking about getting the Road to the NOVA started up in the next few months! Until next time guys!
Posted by elphilo at 1:08 PM