I've read the rule book, watched a few games and managed to get in a game over the weekend. And I've got some first impressions I'd like to share.


First off let me say that I'm not an expert on 40k, just an avid player. This is just my first impressions and I reserve the right to change my opinion at any time. But overall I'm really happy with how 7th came out. With the flood of rumors that ranged from percentage based armies to this is just a 6.5 release. I was prepared for the worst and was hoping for the best. And honestly I think this is the best edition so far. Now let me preface that tweaks to 7th will have to happen. Being able to bring 5 combined armed detachments and on top of that an allied detachments is a little much. I fully expect tournaments and leagues to limit the amount of detachments that one can take. Maybe now we can get over this 1850 thing and go up to 2k games. I doubt it, but I can always hope as I always love bigger games. Anyway I was reading a post that was either on Frontline Gaming or BOLS I can't seem to find it, but it was about how 7th edition is just a giant sandbox given to us by GW and its up to us to figure out what we want to do. And I believe this is the case more then ever now. And once major events come to a consensus of what they want in their events I'm sure the rest will follow and we'll all be able to have a great time. Now as to some things I've noticed that have changed. Terrain is a big one. Barrage and flamers became really good in ruins. No more hiding on the ground floor of a ruin to get away from those TFCs. Now they hit ALL the levels. Though flamers are a bit more restricted because they need to see the unit they are shooting at while barrage doesn't. Also on terrain, area terrain is gone. But it isn't. Now you have to specifically say what everything is. And on that note I really dislike how they didn't say anything about terrain bases. Now I have to have a discussion/argument about the bases of my ruins. Is this part of the ruins? Is it difficult terrain? Before I could just plop it down and we both knew the base was area terrain. I guess its simpler in the sense that if we do agree that the base is a ruin its a 4+ everywhere, but now we're just adding time to my game. I really liked the idea of Area Terrain in general and I'm sad to see it go. Now instead we get Terrain Datasheets. And look most of the stuff that was just area terrain last edition is now specific things! They all get a 5+ cover save and maybe a special rule. I mean I get that they're trying to get people to buy their kits, and I understand that. But people have made custom terrain and now you're just making it harder for them. I'm sure you'll see in tournament packets what type of terrain everything is, so its not as big of a deal as I'm making it. It's Just annoying because it didn't seem like a thing that needed to go away.

Lets talk about the new internet riot, Malefic and the psychic phase. I played versus my friend Joe, aka Smurfalypse, on Saturday and I got a taste of it. It is annoyingly good. Now Joe didn't make a "Daemon Factory" list but made a list with enough psykers in it to get close to 20 warp charges. I brought a list I'm testing out, a mix between Deathstar and MSU that brings 15 warp charges. I have to say that my list performed well and I really want to play more games with it. The scouts were kind of wasted since he didn't have any vehicles. But the GKs were able to get enough rolls to get invisibility and Tiggy was able to get endurance. Invisible Enduranced Paladins are really scary. But I had to get it off. I was unable to get my Invisibility off for the first two turns. Not due to Joe denying the witch, nope, I just wasn't able to get enough successes. So while I was able to have a ton of powers (I had 8 just from Draigo/Libby/Tiggy) I was only able to cast a handful of them each turn. Also on this point, GW really needs to clean up their rules for this phase. I had a unit full of psykers, and since in the BRB it states: for the purposes of all rules, the term ‘Psyker’ and ‘Psyker unit’ refers to any unit with the Psyker, Psychic Pilot or Brotherhood of Psykers/Sorcerers special rules. So does that mean that the unit knows all the powers generated from each psyker? Does that mean I can generate a divination power on Draigo and then have Tiggy cast it for his reroll failed tests? Or does the unit just roll for it and I lose Tiggy's special equipment? Or do I follow how we did it in 6th and each individual psyker rolls for the powers they generated? It really is as clear as mud. The deny the witch mechanic is cool, but it really is a cock tease. It gives you hope that you can stop your opponents critical buffs, but in the end you really don't have a chance to do it. I know the only time that a buff was denied was when I tried casting force with Tiggy with a single dice and then Joe threw about 10 to stop it. Every other time either of us tried to to deny a buff we weren't able to get enough 6s to stop it. Also on this point, the BRB says to follow the rules for denying buffs just like you follow the rules for denying a debuff/witchfire, you just ignore the modifiers. Though the first thing that is said in the deny is to pick a unit that is being targeted by the power to make the deny. But since you're not being targeted you can't do that. Now some would say you skip that, which by the way I think it will be played like this until an FAQ comes out, and just roll your deny. The problem with that is you're already told what to ignore, so you can't just go adding to that and ignore more things. So either you don't pick a unit or you pick a unit. And if its the latter, GKs with the aegis became really good (reroll ones on deny the witch test). I believe it'll be the former, but an argument can be made for either I think. Anyway, onto the summoning powers. 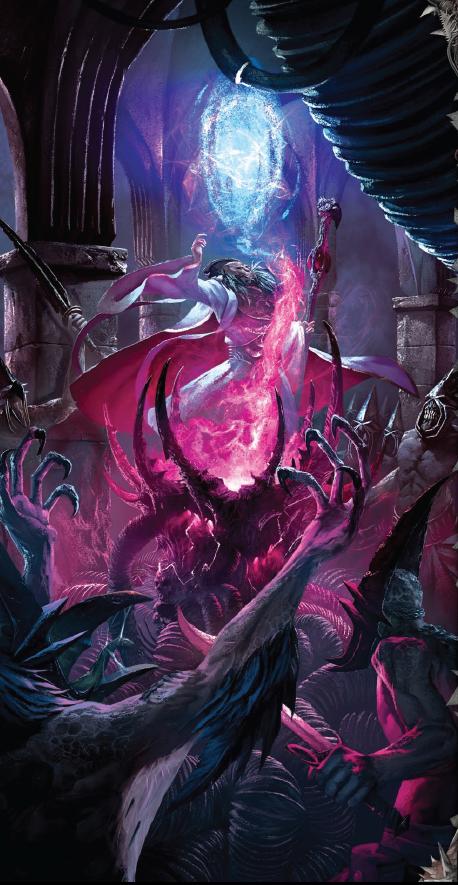 I'm not going to sit here and say no one should be worried about this, that it isn't strong. It is strong. The problem is that what people are bitching about, the Daemon Factory, isn't that strong. You have to tailor your list in such a way that in order to get the summoning powers off reliably you're not going to have much killing. As in all your horror's and herald's warp charges are going to be going towards summoning and not to the witchfire powers that Tzeentch units use to get their killing done. No the power in the summoning is being able to flood an objective that is faltering with extra points. In our game Joe charged my paladin squad that was on the center objective with almost 1100 points of his army, which as it turns out is about the same amount my Deathstar was. In the end my unit had killed 20ish Crimson Slaughter Possessed, 1 Chaos Sorcery on bike, a Keeper of Secrets and 2 of the Tzeentch chariots with exalted flamers on it. I had lost all but one paladin, Tiggy and Draigo (the Libby took a wound early on then died to perils when he finally successfully casted invisibility). Meanwhile I had my Razorbacks on an the right side of the board holding off a 20 man Horror unit. It looked like I was going to win this game as Joe only had some horrors left on the left objective, I held the middle with Draigo and the right with the Razorbacks. Joe then started summoning Heralds of Khorne and Bloodletters to help back up the horrors. It turned a game that I was going to win, to a close one that I lost. It was very frustrating because at the end of the game we added up how much extra points he summoned, 450ish. So what happened is it turned from an 1850 game to an 1850 vs 2300ish game. The power for summoning is there but the real strength in it is how Joe used it. Being able to add more points to your list AND being able to have a choice for what to summon is insanely good. I don't know how to limit this and I don't want to even attempt to figure it out. This is one of those issues that I'll leave up to people that are much smarter then me on this subject. But something should be done about this. Oh and Invisibility needs a tweak as well. It is one of those game breaking powers when you get it off. Once again I have no idea how you balance this, but it needs to be thought of.

Overall I think 7th edition is great. They tightened up some of the more cantankerous rules, but in normal GW fashion made some new ones that aren't as clear. I'm excited for a BRB FAQ and hope one comes out soon. Hopefully I'll be getting more games in before the Huzzah RTT this month as school is done. The hobby side for me is still unclear. I want to bring a list that is strong for NOVA, but I have no idea what that is. I'm really liking the list I ran Saturday and if it turns out to be usable that would be great. As I've wanted to paint my Grey Knights for ages, but with life the way it is I tend to only paint with what I'm going to play. So I'm really hoping I can make it work.
Posted by elphilo at 12:33 PM